Mayor David Miller presented a check to Michelle Williams, wife of fallen Moody Police Officer Lt. Stephen Williams, in the amount of $14, 297 on behalf of Rails & Ales and the City of Leeds for the recent fundraiser. The presentation took place at Moody Police Department today. 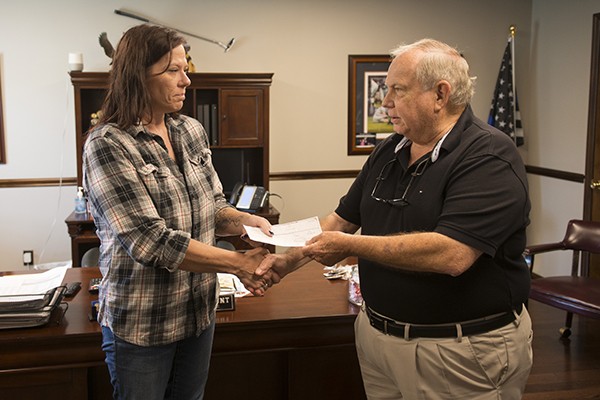 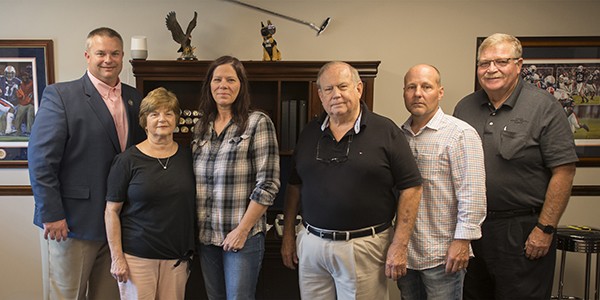 Mayor Miller shared condolences with Michelle for the City of Leeds.

Moody Mayor Pro Tem Linda Crow shared, “Our police officer’s families are our families.  Michelle, you will always be family to us…”

Moody Police Chief Hunt shared, “We really appreciated everything that the City of Leeds had already done, the fundraisers and all of the concern shown to the family of Lt. Williams, the Moody Police Department and the City of Moody.  Leeds Police responded immediately the night of the call.  The two police departments work well together.  This has been hard.  I never want to see another one of my officers lost in the line of duty.”

Rails and Ales Fundraiser was held last Friday with a packed house to raise money for the family of Lt. Stephen Williams who was killed in the line of duty from a call to Super 8 Motel in Moody.   Among donors, the City of Leeds contributed $2,000 and Leeds Water Works contributed $2,000 toward the fundraiser in support of this family.