Mayor Gives State of the City at Chamber Luncheon | Mayor David Miller gave the State of the City address on Thursday at the Leeds Area Chamber of Commerce November lunch meeting with exciting information to share. Leeds, Alabama is definitely a city on the move. Leeds is still bringing jobs and 1000+ jobs have been added to Leeds during this mayor’s tenure along with 70+ new businesses. This is largely due to a favorable business environment that has been created to attract new companies as well as serve existing businesses. 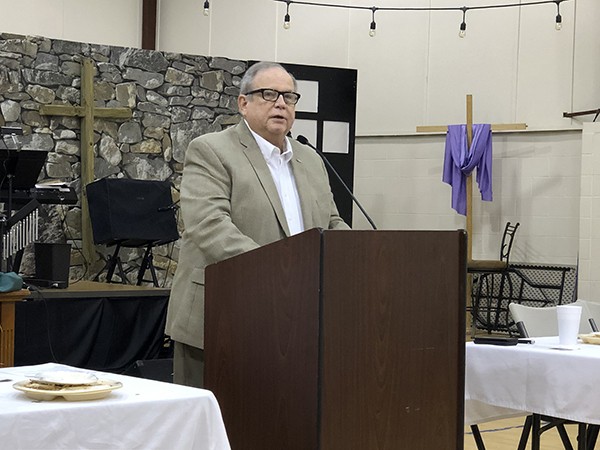 There are new deals with capital investment on the horizon and Leeds has received numerous awards. Over $3.4 million dollars have been saved through refinancing of bonds and there have been major infrastructure upgrades. Education is still a number one priority and the city is open for business. Wintzell’s will be opening soon at Exit 144 and a new restaurant downtown will also open soon, the Three Earred Rabbit that will be located across from Regions Bank and the Library. 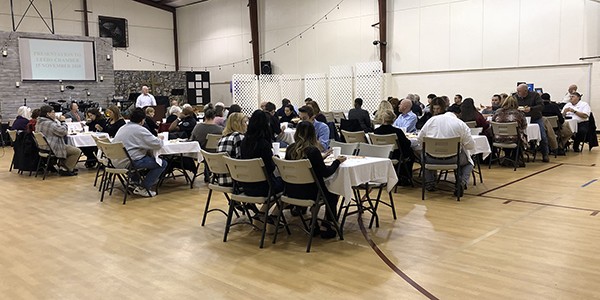 The Safe Routes to School Program has added sidewalks all over town. Leeds is currently working on a major downtown parking project to add additional parking and has overhauled and outsourced 911 to a state-of-the-art system in Blount County to increase efficiency and response as well as save money.

Mayor Gives State of the City at Chamber Luncheon

Buc-ees construction at Exit 140 has been delayed, but is still in the plans and the city expects them to break ground possibly after the first of the year. The new referendum, if passed, will bring a new high school stadium and a city center downtown to include a new city hall, library and board of education office.

Another exciting thing on the horizon is a 275-acre regional sports complex with over 10 soccer fields, a Lemak medical center and more to be built at Exit 140 next to the Shops of Grand River that will really put Leeds on the map.